Go to Course Home
The Structure of the Nail 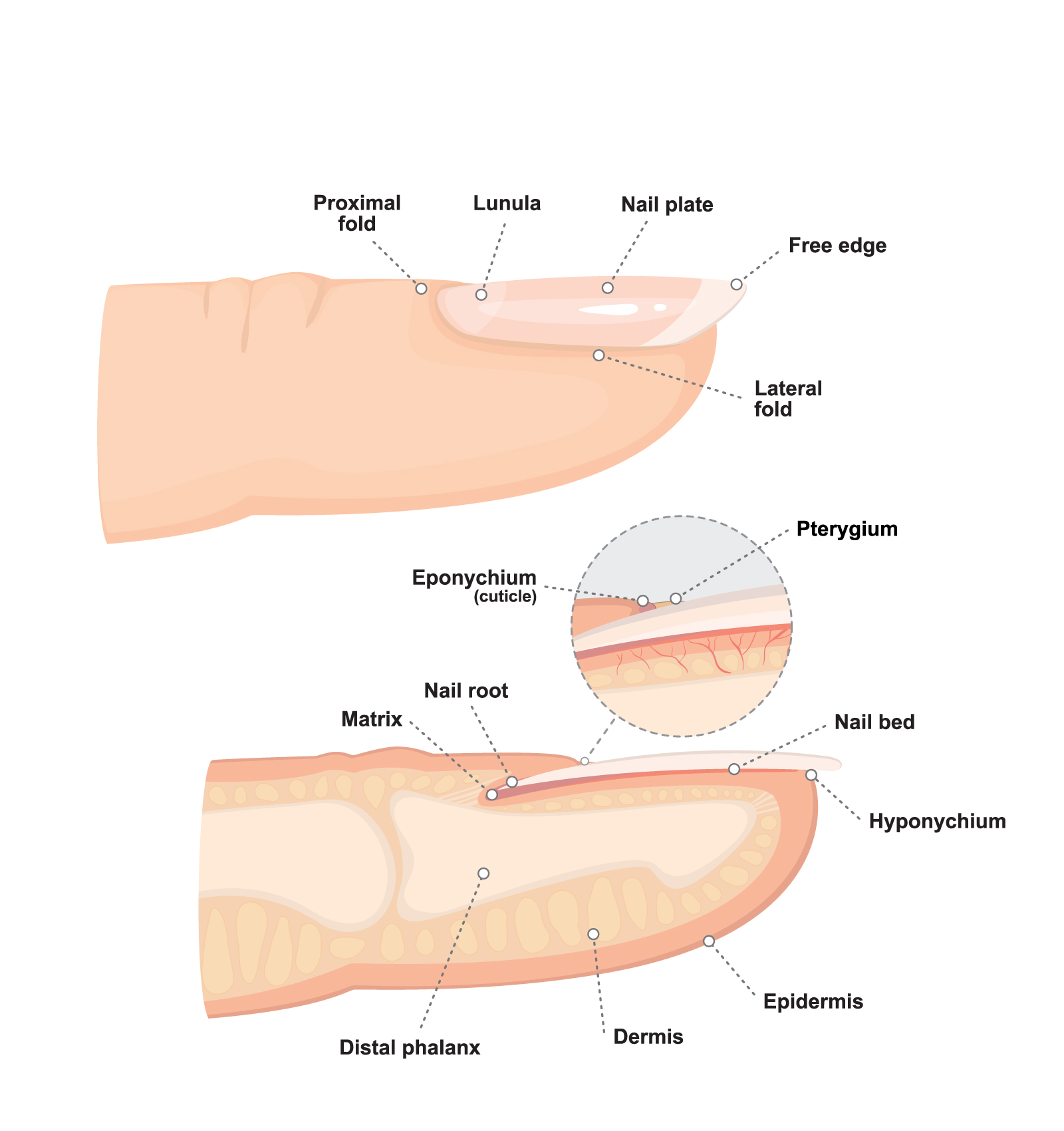 The part of a nail, such as a fingernail or toenail, that extends past the flesh of the finger or toe, it leaves the end of the finger and forms a projection that is called the free edge. This is attached to the nail bed and appears as white.

Is the area of epithelium, particularly the thickened portion, underlying the free edge of the nail plate on the nail. Its proximal border is immediately distal to distal limit of nail bed—a.k.a. the onychodermal band (the line along the interface of the nail bed and the nail plate).

(Corpus unguis) is the hard part of the nail, made of translucent keratin protein. Several layers of dead, compacted cells cause the nail to be strong but flexible. Its (transverse) shape is determined by the form of the underlying bone. In common usage, the word nail often refers to this part only. The main function of the nail plate is to protect the living nail bed of the fingers and toes.

The fold of skin overlapping the lateral and proximal margins of the nail. Helps guide the nail down the right path to keep shape.

Also known as the Cuticle of the fingernail. The cuticle is situated between the skin of the finger and the nail plate fusing these structures together and providing a waterproof barrier.

Also known as the Nail Root, it is the area where your fingernails and toenails start to grow. The root portion of this nail lies below the skin, underneath the nail, and extends several millimetres into the finger. It produces most of the volume of the nail and the nail bed. The matrix creates new skin cells, which pushes out the old, dead skin cells to make your nails. As a result, injuries to the nail bed or disorders that affect the matrix can affect your nail growth.

This is the portion of skin upon which the nail plate rests. It has very rich supply of blood and lymph vessels to keep nail healthy. The function of the nail bed is to supply nourishment and protection.

Also called Nail Fold; the deep fold of skin at the base of the nail where the nail root is embedded. The nail folds are soft tissue structures that protect the lateral and proximal edges of the nail plate.