The Nervous System is responsible for all of our emotions, thoughts, and sensations – the five senses are:

The system can be said to provide us with a sense of identity and consciousness (who we are, what we are and our environment [where we are]) thus providing us with the ability to survive and if required alter and change the environment around us!

It is made up of millions of nerve cells that all communicate with one another to control the body and maintain homeostasis. These cells detect what is happening both inside and outside the body, interpret these happenings and cause a response. The nervous system has three functions.

The nervous system is divided into several subsystems:

The central nervous system is made up of the brain and the spinal cord and its function is analysing and storing information, making decisions, and issuing orders. It is where memories are made and stored, emotions generated, and thoughts conceived. The peripheral nervous system is made up of nerve cells that reach every part of the body and consist of cranial nerves and spinal nerves.

The somatic nervous system allows us to control our skeletal muscles. It is sometimes called the voluntary nervous system and contains, sensory neurones and motor neurones.

The autonomic nervous system controls all processes that are automatic or involuntary. Sympathetic and parasympathetic.

The structure of the peripheral system, face, and neck: 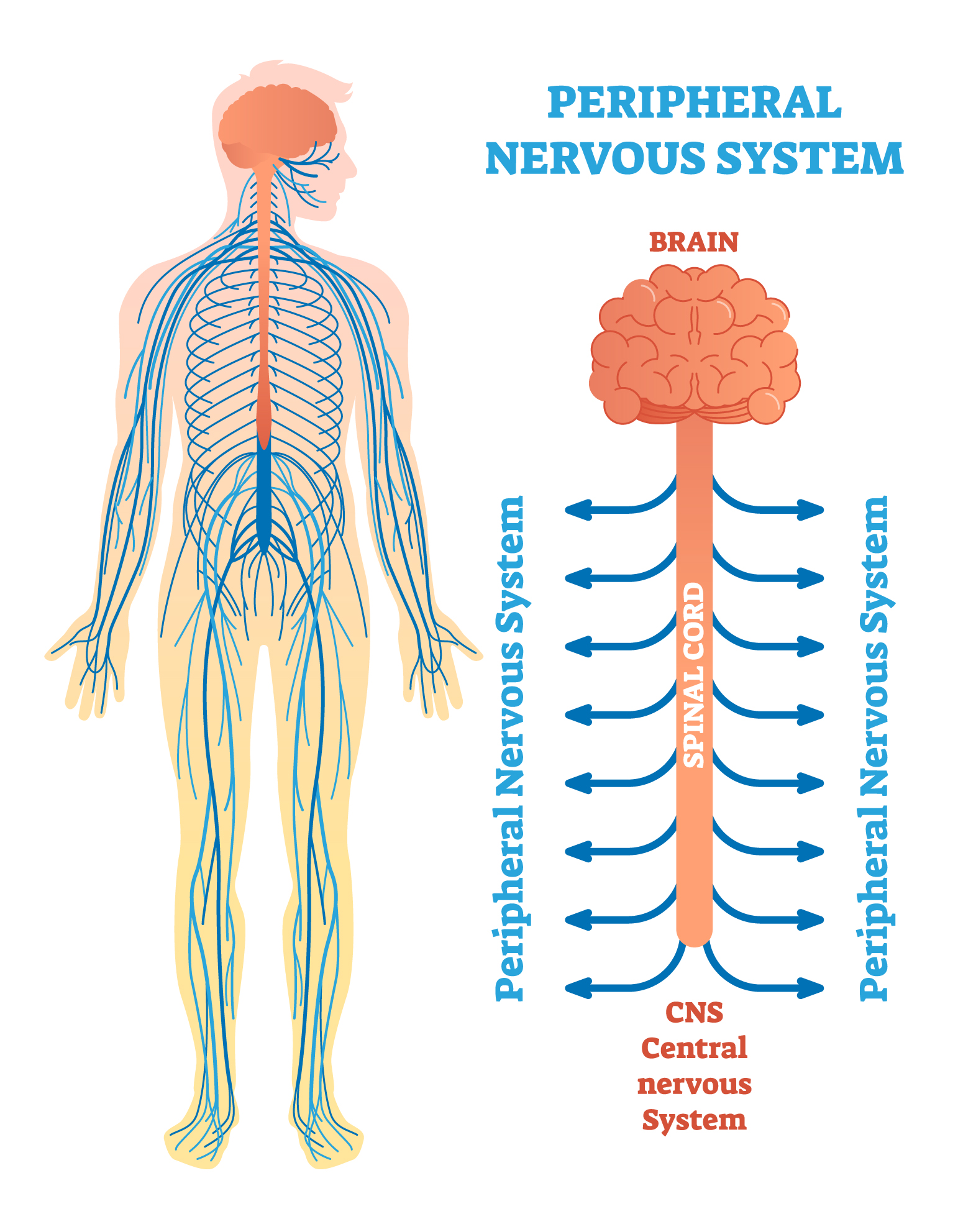