Go to Course Home
The Heart

The function of the Heart is to pump blood around the body in its entirety!

It is positioned in the Mediastinum (this is the partition located between the lungs and thoracic cavity). About two-thirds of the heart lies to the left of the median line. Its pointed apex rests on the diaphragm at the level of the fifth intercostal space and points towards the left hip. Its broader, superior aspect is called the base and it lies beneath the second rib and points towards the right shoulder.

The heart is divided into 2 halves – each of these has a specific function. (The heart itself is a muscle and is hollow)

Valves separate the chambers to prevent the blood flowing backwards.

The atria are the receiving chambers, and they receive blood from the veins. The atria are separated by the interatrial septum. The walls of both these chambers are thin because they only need to deliver blood into the ventricles beneath them. 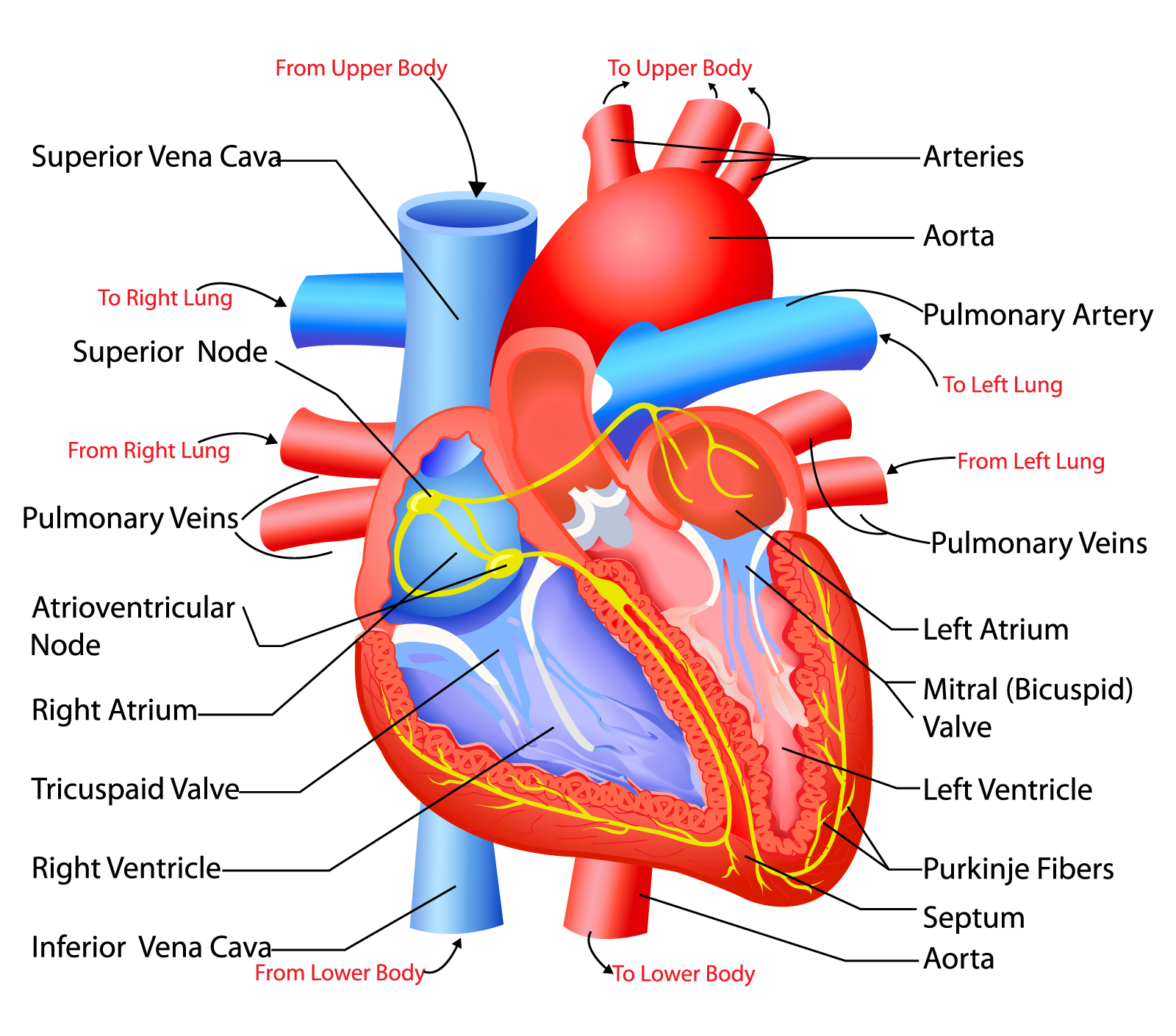