The female reproductive system not only creates gametes, but also houses and nourishes a growing foetus.

The component parts of the female reproductive system include the

The term vulva refers to the external female genital organs. This includes the: 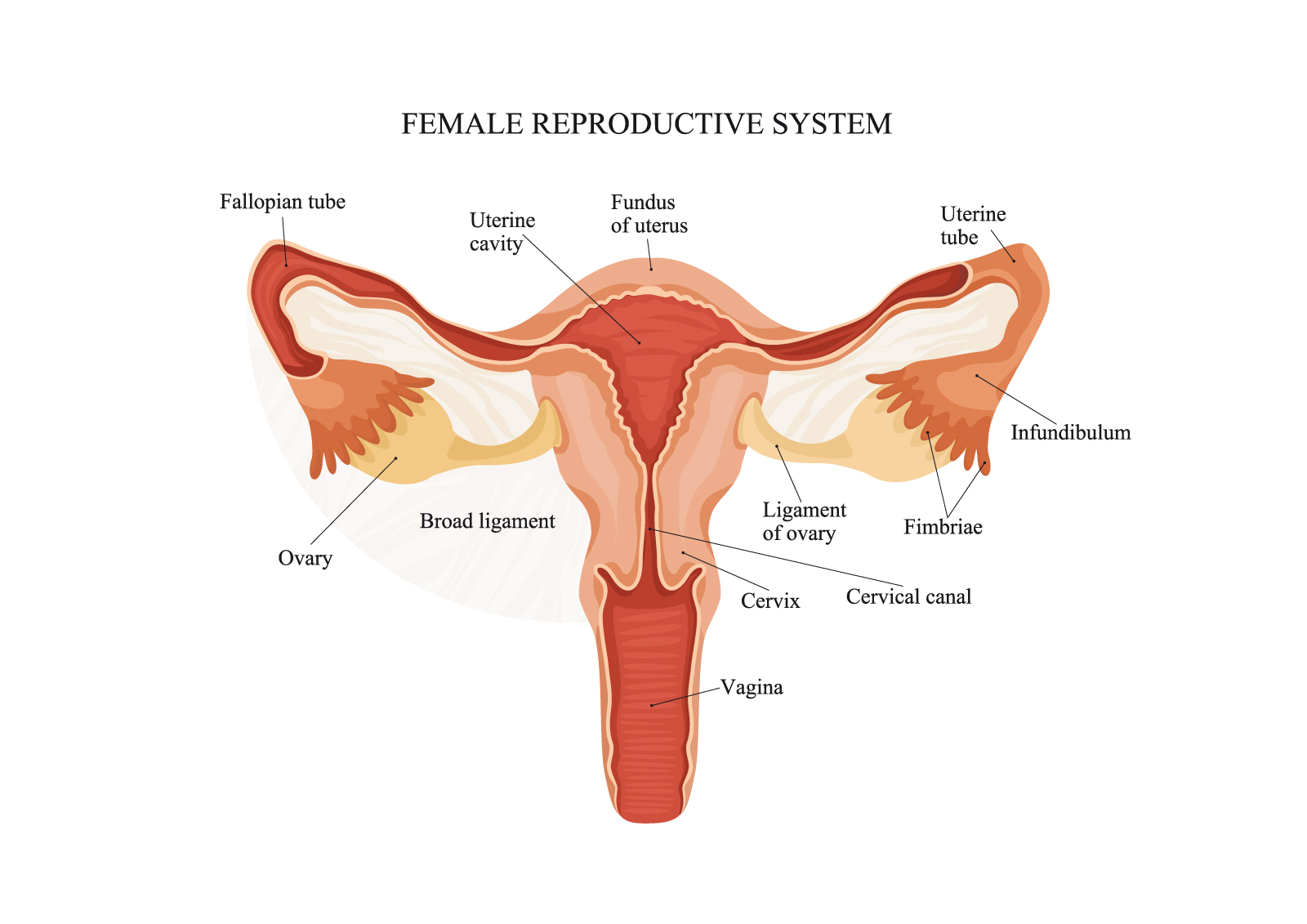 The uterus is often also known as the womb. It is a hollow, muscular organ, and is found within the pelvic area. It is attached to the pelvic bones by ligaments and is supported from beneath by the pelvic floor muscles. The uterus is divided into three sections called the fundus, the body, and the cervix.

The ovaries are found as a pair on either side of the uterus. They contain ovarian follicles, and in each of these houses an oocyte. As the oocyte grows, so does the follicle until it becomes a Graafian follicle. The Graafian follicle becomes so large that eventually it ruptures and expels the ovum. This process is known as ovulation. The ovum is the egg which passes down the fallopian tubes in preparation for fertilisation.

Blood is supplied to the ovaries through branches of the ovarian artery. This ensures that the productive function is maintained if an ovary were to become twisted or blocked. The ovaries are found within a sheath of protective tissue. They contain an outer cortex which contains the developing egg follicles and produces oestrogen and progesterone, and an inner medulla which is made up of connective tissue and blood vessels and provides the cortex with the chemical precursors of hormone production.

THE OVARIES AND FALLOPIAN TUBES

As well as producing eggs, the ovaries also produce the sex hormones oestrogen and progesterone. This production is a result of hormone messages produced in the anterior pituitary gland. The development of female characteristics such as breasts, body shape, egg production and menstruation are all brought about by the presence of these females’ sex hormones.

The breasts are also known as the mammary gland. The main constituent of the breasts are glandular cells and their associated ducts, as well as an amount of fatty, or adipose and connective tissue. Each breast is divided into between 15 and 20 lobes which are separated by Coopers ligaments. The ligaments support the breast and can stretch and cause breasts to sag. They run from behind the nipple to pectoralis muscle.

Each lobe with the breast contains glandular tissue which is made up of ducts containing secretory cells arranged in clusters called lobules. A separate set of ducts are the milk ducts.

THE GROWTH OF BREASTS

The growth of breasts can be broken down into stages. The first is the resting stage, which occurs when the female is not pregnant. The development stage occurs during pregnancy and milk secretion takes place during lactation. The final stage is involution, and this occurs after the menopause.

At birth, the female breast consists of just a nipple and a few ducts. The breast begins to develop during puberty due to stimulation of hormones.