Go to Course Home
The Cell

The most basic living unit in the body are the microscopic cells found within the body (these amount to billions – 80 billion of these are in the brain. They do not function independently but act collectively to perform the many different functions of the body. 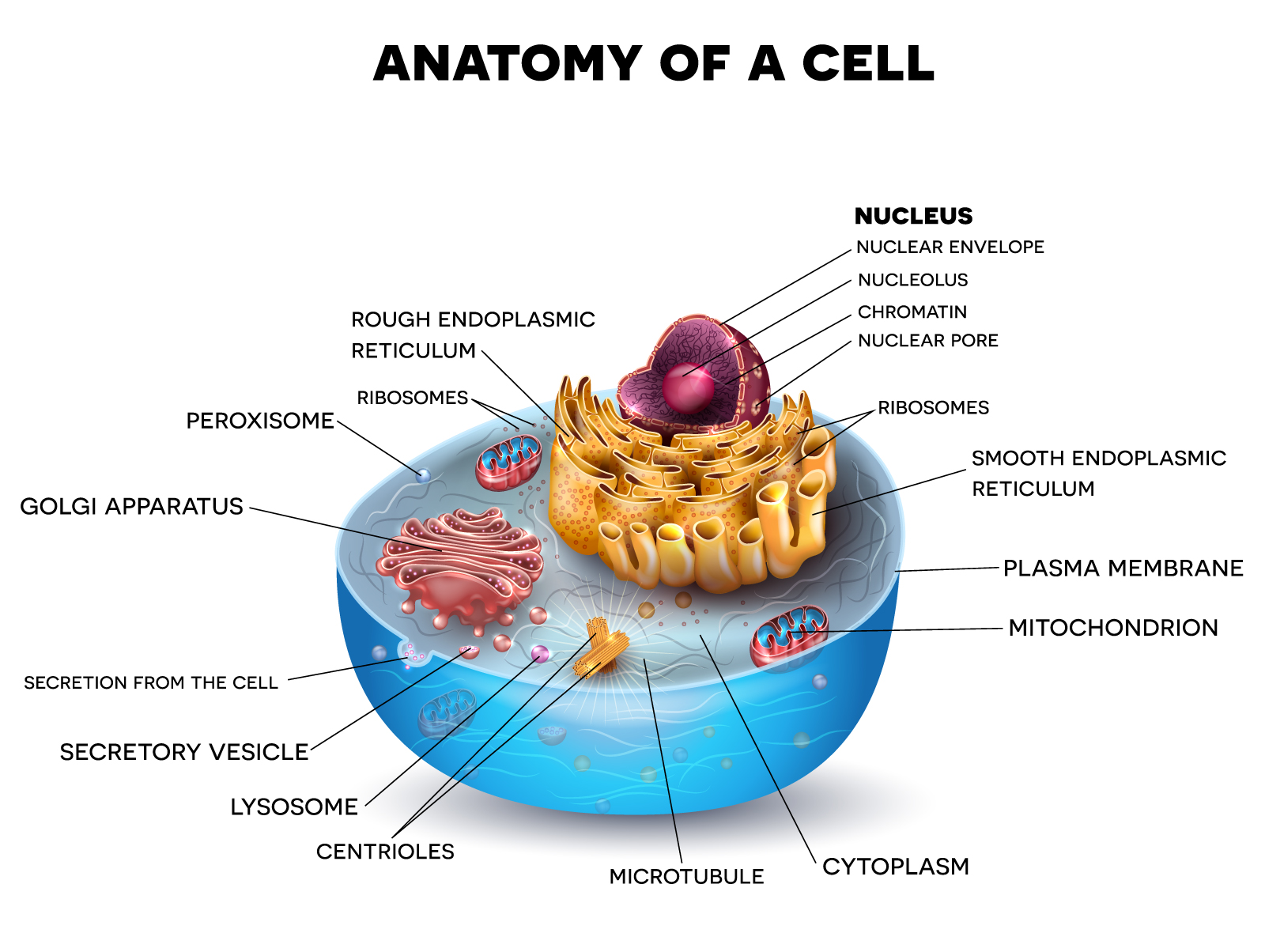 These cells may vary in shape and structure according to the role they play and their function, but they all have the same component parts which are:

The cell membrane helps contain the contents of the cell whilst allowing products such as oxygen, nutrients, and waste to pass through in both directions. The membrane itself consists of two layers of phospholipids, the tails of which are attracted to each other, forming a lipid bilayer. This has liquid qualities, and the inner and outer surfaces contain floating protein molecules which act as transport channels for larger molecules.

The nucleus controls the actions of the cells. It contains chromosome carrying DNA which directs the cells actions.

The cytoplasm refers to all of the contents of the cell except the nucleus. It contains a cytosol gel which is largely made up of water and some nutrients. This is where many of the chemical of the chemical reactions take place. The cytoplasm also contains ribosomes, which produce protein and the Golgi body is a large organelle which produces proteins and lipids. Cytoplasm also contains mitochondria, which are doubled membraned organelles which produce energy and are responsible for cellular respiration. There are also single membraned organelles called lysosomes which collect and break down the waste products of the cell.

The cilia are small hairs found on the surface of some cells which beat to trap and eject dust and bacteria.

The microvilli are found across the surface of the cell and are designed to increase the surface area available for absorption.

These cells perform various functions which include the following:

The function or role of the cell is dependent on its location within the body.

During respiration, oxygen is absorbed through the cell membrane and oxidises nutrient material. Carbon dioxide is then passed out of the cell in the same way.