What is the function of the Respiratory System?

The respiratory system of the human body consists of organs that perform the function of inhaling oxygen and exhaling carbon dioxide – the primary organs are the LUNGS. This process of inhaling / exhaling enables the exchange of gases between the air and blood and the blood and cells in the body.

The respiratory system also helps us to smell and create sound. 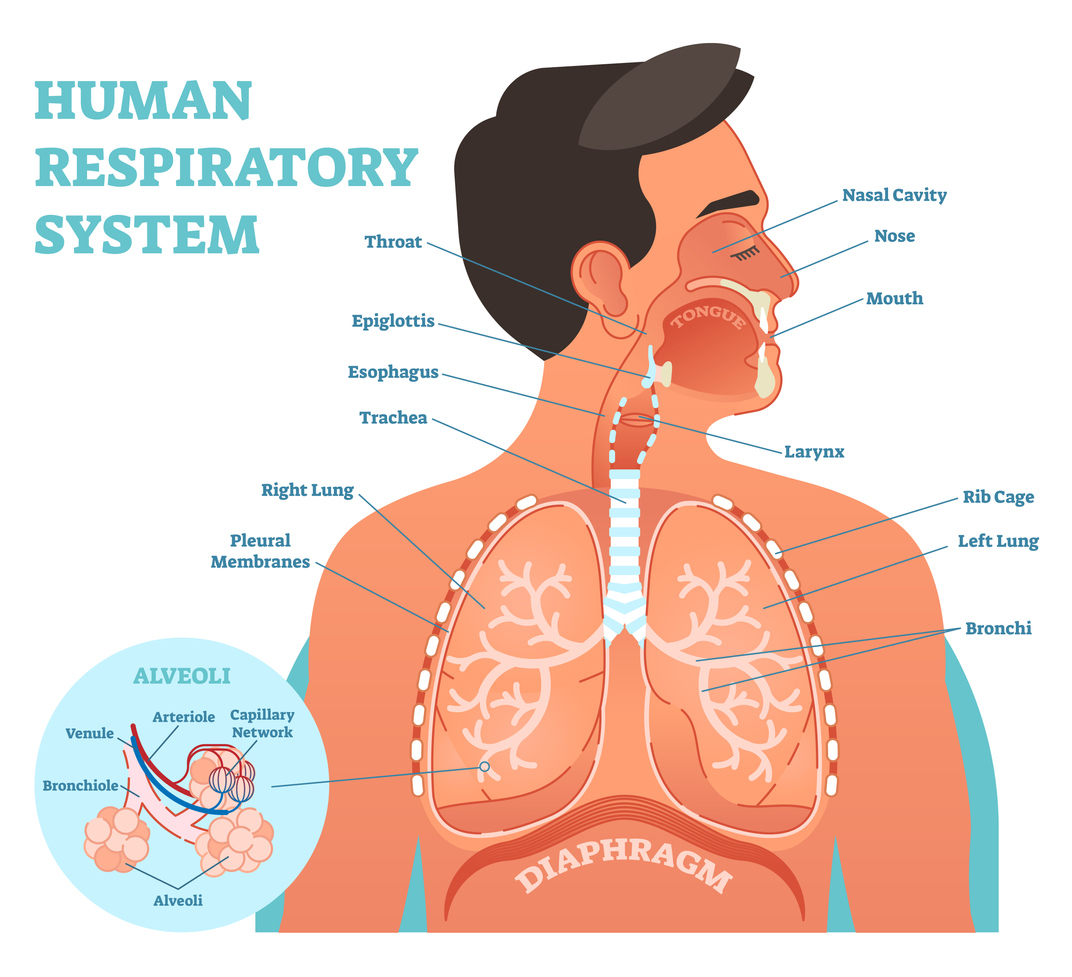 The following are the five key functions of the respiratory system.

External Exchange of Gases Between the Lungs and the Bloodstream

Inside the lungs, oxygen is exchanged for carbon dioxide waste through the process called external respiration. This respiratory process takes place through hundreds of millions of microscopic sacs called alveoli. Oxygen from inhaled air diffuses from the alveoli into pulmonary capillaries surrounding them. It binds to haemoglobin molecules in red blood cells and is pumped through the bloodstream. Meanwhile, carbon dioxide from deoxygenated blood diffuses from the capillaries into the alveoli and is expelled through exhalation.

Internal Exchange of Gases Between the Bloodstream and Body Tissues

Phonation is the creation of sound by structures in the upper respiratory tract of the respiratory system. During exhalation, air passes from the lungs through the larynx, or “voice box.” When we speak, muscles in the larynx move the arytenoid cartilages. The arytenoid cartilages push the vocal cords, or vocal folds, together. When the cords are pushed together, air passing between them makes them vibrate, creating sound. Greater tension in the vocal cords creates more rapid vibrations and higher-pitched sounds. Lesser tension causes slower vibration and a lower pitch.

Olfaction, or what is known as Smelling.