The Epidermis is subdivided into 5 different layers:

This is the uppermost layer of the skin and is exposed to all the harsh changes of the external environment as well as ultraviolet radiation. It is the layer that protects the skin from external factors, so it should be the strongest and toughest of all the layers.

It is composed of 3 – 5 layers of clear, flat, dead cells that have no nuclei. This layer is waterproof.

This consists of 3 – 5 layers of flattened cells whose nuclei are beginning to degenerate and die. This is because the cells are now far away from the nutrient supplying dermis are becoming keratinised.

Consists of 8 – 10 layers of many-sided, irregular cells that appear to be covered with prickly thorns or spines. These spines join the cells tightly to one another.

This is the deepest layer of the epidermis and is the layer closest to the dermis. It can receive nutrients and oxygen from it through the process of diffusion. It produces millions of new cells each day.

There are 4 cells that are found in these layers:

Langerhans cells– these arise from bone marrow and move to the epidermis. They respond to foreign bodies and thus play a role in skin immunity.

Merkel cells– these are only found in the stratum basal of hairless skin and are attached to keratinocytes. They make contact with nerve cells to form Merkel discs that function in the sensation of touch. 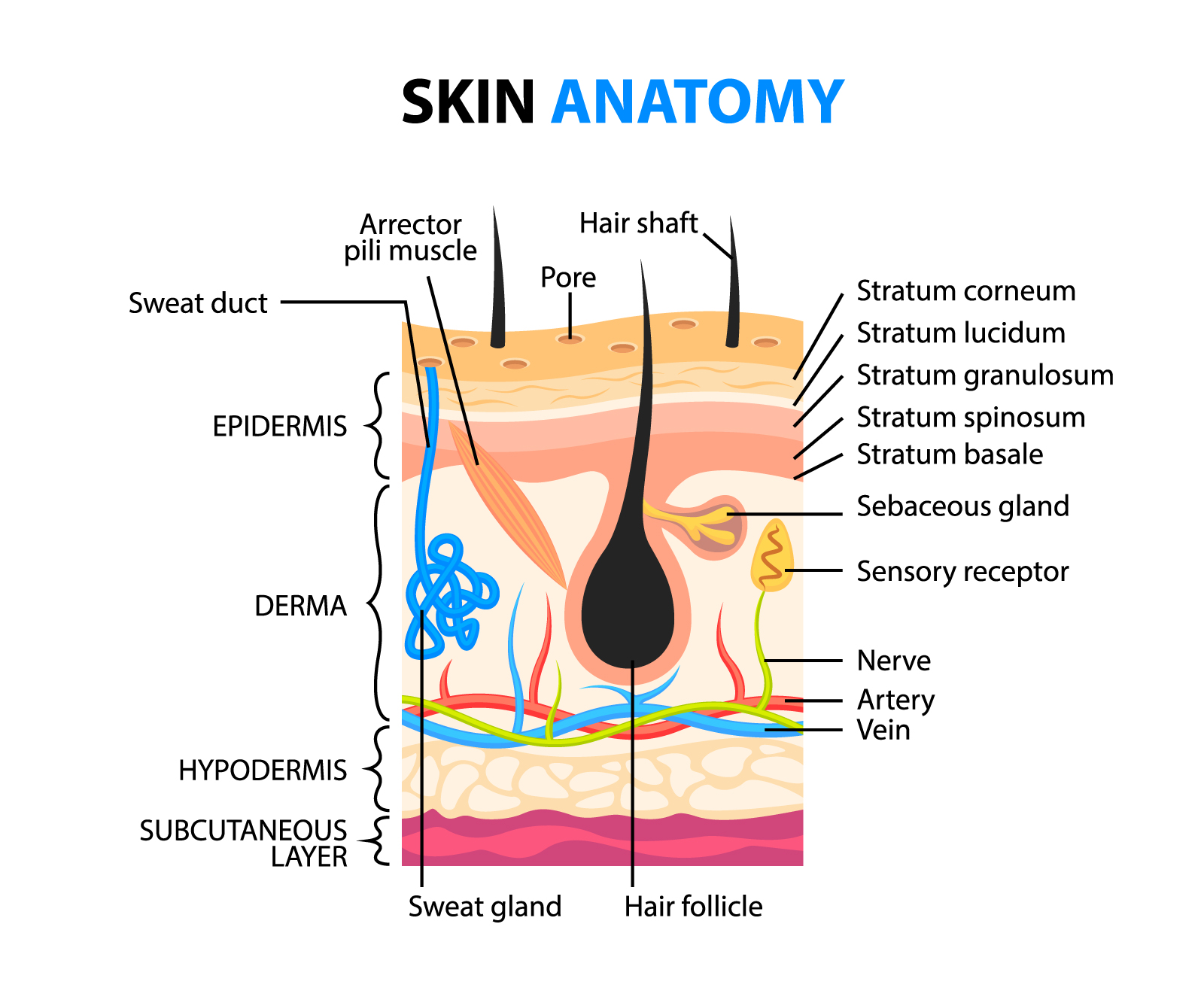 The lower region is the deepest area of the epidermis, it is in this zone that cells are constantly dividing and reproducing. The upper region consists of keratinized cells and is the outermost zone of the epidermis. Rough wear and tear or exposure to wind and sun will have a strong effect on this region.