Go to Course Home
Bone Structure of the Hands

There are 206 bones in the human body of which 27 bones in each hand make the largest group of bones found anywhere in the body.

There are 27 bones within the wrist and hand, and these form the largest group of bones in the body. The wrist itself contains eight small bones, called carpals. The carpals join with the two forearm bones, the radius and ulna, forming the wrist joint. Further into the palm, the carpals connect to the metacarpals. There are five metacarpals forming the palm of the hand. One metacarpal connects to each finger and thumb. Small bone shafts called phalanges line up to form each finger and thumb. 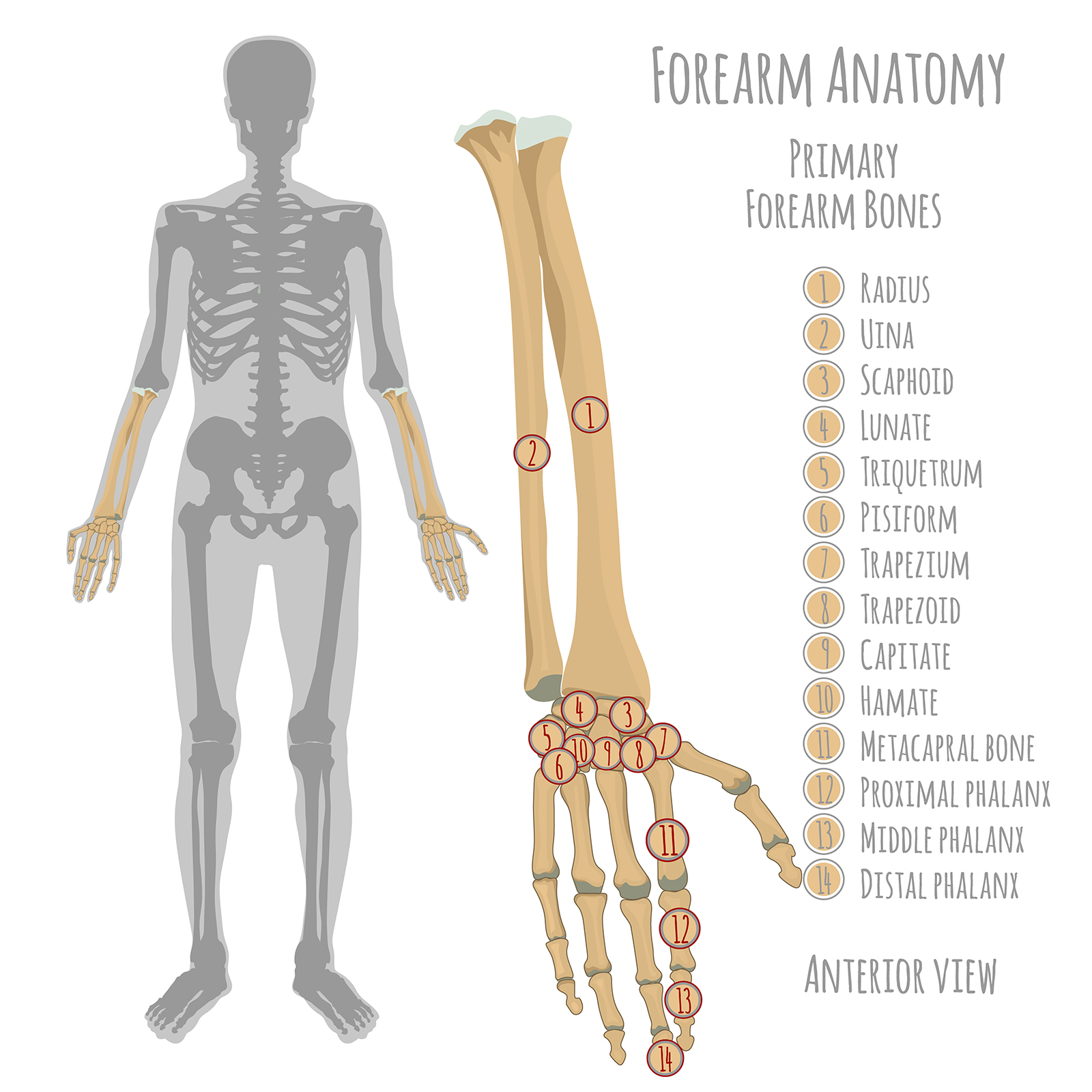 Carpals (or Carpus) are the group of small bones between the main part of the forelimb and the metacarpus in terrestrial vertebrates. The eight bones of the human carpus form the wrist and part of the hand and are arranged in two rows.

The Greek and Latin root refer to the wrist – this is what permits effective movement and positioning of the hand and “powerful use of the extensors and flexors of the forearm, and the mobility of individual carpal bones increase the freedom of movements at the wrist.”

The metacarpals form a transverse arch to which the rigid row of distal carpal bones are fixed. The peripheral metacarpals (those of the thumb and little finger) form the sides of the cup of the palmar gutter and as they are brought together, they deepen this concavity. The index metacarpal is the most firmly fixed, while the thumb metacarpal articulates with the trapezium and acts independently from the others. The middle metacarpals are tightly united to the carpus by intrinsic interlocking bone elements at their bases. The ring metacarpal is somewhat more mobile while the fifth metacarpal is semi-independent.