Go to Course Home
Bone Structure of the Feet

Although the skeletal formation of the foot is comparable to the hand the foot is stronger as it is weight bearing but subject to less movement.

The bones of the foot can be identified into 3 sections: 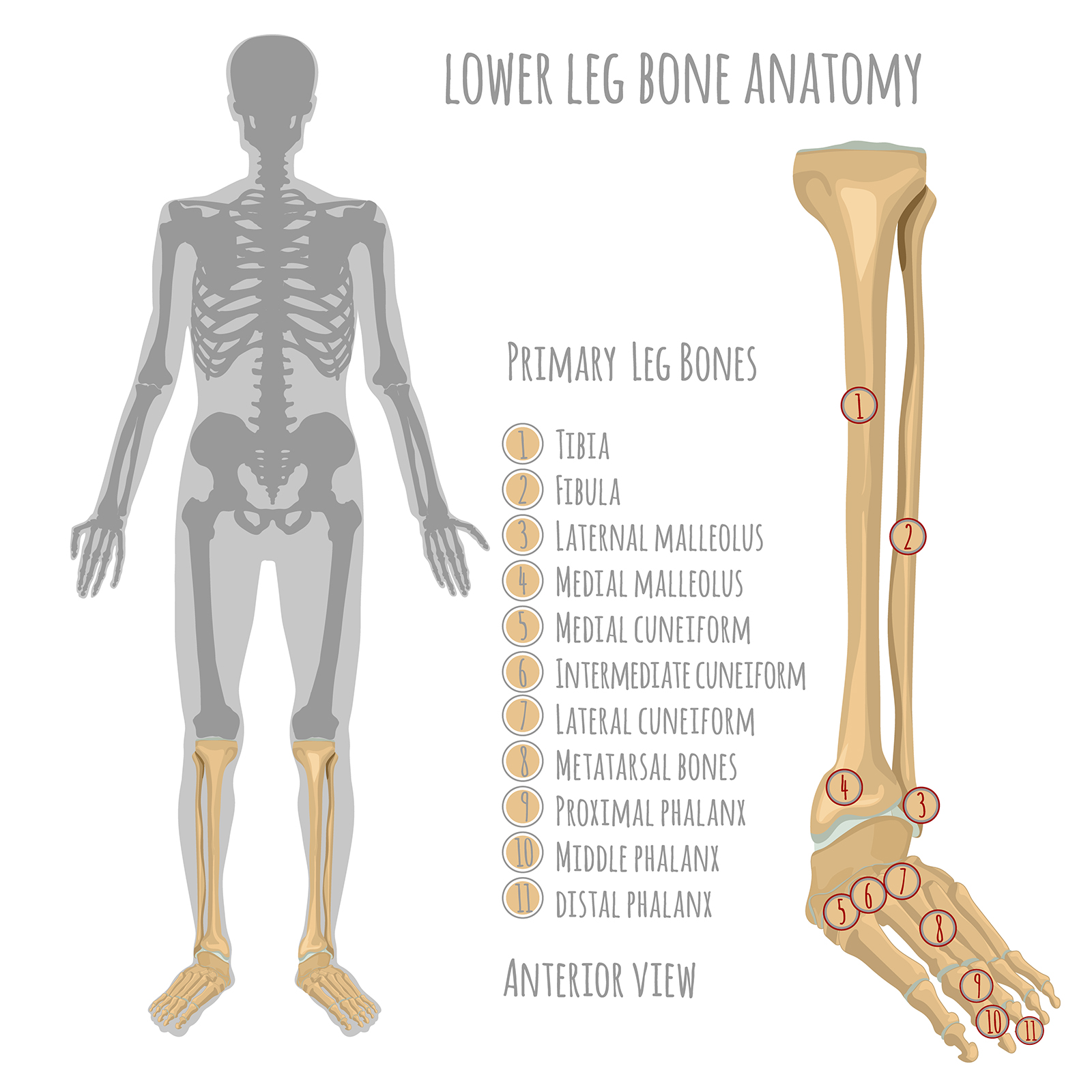 The foot starts at the two bones of the lower leg, the Tibia and Fibula.  There is combination of bones that form the Tarsals, and these make up the upper portion of the foot and ankle.

There are 7 Tarsal bones, and these are:

There are five metatarsal bones in each foot. Like the bones of the hand, these nearly parallel bones create the body of the foot. Numbered one through five, the bone that sits behind the big toe is number one, and the one behind the little toe is number five.